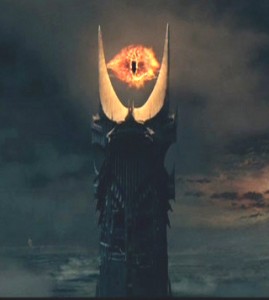 Edward Snowden unveiled SAURON, a network of satellites capable of spying on the entire planet’s surface and indefinitely retaining the images.

SAURON, or the Semi-Autonomous Ultra-high-Resolution Orbital Network, is comprised of a series of hundreds of low-orbiting cameras that can make out objects on the ground as small as 1 centimeter in size.

There are so many satellites in this network that they are able to effectively monitor the entire planet’s populated surface without interruption. According to slides Snowden shared, taken from the NSA presentation on SAURON, each spy satellite feeds directly into a data bank so large that it is able to retain the captured imagery indefinitely.

SAURON is also a reference to a villain in J.R.R. Tolkien’s “Lord of the Rings” trilogy, an evil god of discord who appears in the material world as an ever-searching eye.

Snowden, looking as if he hadn’t slept in weeks, spoke with Internet Chronicle reporters in the transit corridor of Moscow’s Sheremetyevo airport. In a near whisper Snowden said, “It is shocking that the U.S. government would appropriate such evil imagery for a so-called security system like this. There is little doubt that this program – I won’t utter the name here – is not concerned with the security of citizens, but rather, it is a bald grab at power for power’s sake.”

You are already subscribed to push notifications. Click here to unsubscribe.